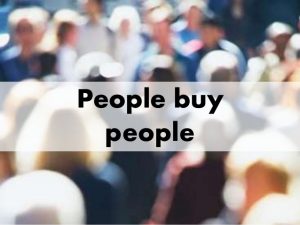 Sales is about process NOT personality! This challenges the highly damaging phrase that “people buy people”. I posit that this phrase is responsible for the majority of fear of selling and the burnout of the salesperson! Anyone who has had experience within Sales will have experienced fear in one of its many forms. Let’s explore that in more detail:

Firstly, fear could be likened to an emotional element. In chemistry, elements form together in compounds, and the properties of the individual elements change within a compound. So in simple terms your fear is combining with other elements in various forms to create a state and to have an emotional affect!

Where does fear start?

When people refer to being “in a state of fear”, this is not absolute. An emotional state may contain many other elements and compounds. Within each state there will be Physiological, Neurological and Cognitive components playing their part. How we think, the impact of these thoughts on our physiology and the actual processes occurring within the brain.  Our physiological reactions to fear may be because of the fear, but then again, the physical reaction may be because of our interpretation to the fear through learned behavior. For example, we see a Grizzly bear in the woods and we freeze, tremble and then interpret this physiology as fear. We are frightened BECAUSE we are trembling rather than trembling because we are frightened. This theory was posited by (James & Lange, 1870). In the Cannon and Bard theory, it is suggested that the physiology and cognitive aspects happen at the same time. Coker, (2008) suggests that polarity and two-way thinking is closer to the truth inasmuch as the physiology can invoke fear and that conditioning plays its part in this, and that cognitive processing can invoke fear physiology, which in turn feeds back into the cognitive processes. in other words, they are linked, and at the center is the neurological part which functions at the neutral center. 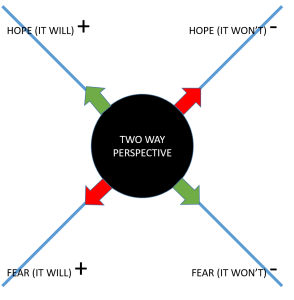 What does this mean to a Sales Person?

So, which one do you think the Salesperson experiences?

I would suggest that Ego Death is where the fear of selling sits. Ego Death is that one fear where the thought of it is pervasive in all of its forms on the fear spectrum. Social media, the linkedin profiles of our peers – all feed our negative self image. This is good news on the basis that it is constructed cognitively and is therefore perhaps the easiest one to influence. On that basis many would be expecting a quick-fix list of do the following and conquer your fear of selling. Sorry to disappoint, but this is not one of those “happy clappy” blogs! If the fear of selling comes down to the fear of rejection, failure, the fact that rejection hurts if our own self image is low and our resilience is therefore compromised, then a quick-fix list is irresponsible. The fixing starts with learning about ourselves, being honest with ourselves, building our courage and resilience, and the big ACE card: acceptance.

The following list of fix AREAS need to be addressed:

“People buy people” (TRANSLATION: PEOPLE DON’T BUY BECAUSE OF ME, AND THEREFORE I AM BAD!)

Cognitive Behavioral Patterns relating to self.

This will include the attachment to self and selling. When we buy a Product / Service, it is not a personal NO! Although “people buy people” is a phrase that embeds into our psychology. If they don’t buy therefore then the implication is that it is our fault. People buy products and services and people buy because of process, context, and timing… The personality aspect is more forgiving than people think PROVIDED that you stay within the NORM CHANNEL. What is the Norm Channel?

The Norm Channel for Sales

If all of the above is considered and accounted for, the individual personality of the salesperson does not matter as much as we think it does. Understanding this means that we don’t have to take things personally. Following process means that we can quickly understand how many interaction we need to have on average before we make a sale, what our average sale looks like and all of the other stats that are useful. We can then have a better understanding of our sales targets and whether or not they are realistic. Having the ability to push back against targets may take a little courage, or a supportive manager, but being out of the fear and anxiety perspective is essential. Many things are effortless when we are authentic!

Sales is about Process NOT Personality: Adding some skill

There are some fantastic skills for listening, reading body language, influencing your own body language and use of language that can be learned and used as tools. Again, this is process not personal, and ANYONE can do it. Perhaps the high flying sales animals have been doing it naturally and without knowing it.

Building resilience and courage, and accessing a hopeful perspective are all pillars of the Positive Psychology Approaches.

If you want to find out more about the courses that are offered by the Positive Psychology Network then contact us: courses@ppnetwork.org

We will shortly be running a Fear of Selling workshop… 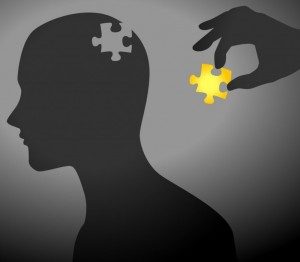 The Authenticity of Childhood: Surviving the spiritual back-slide into Adulthood…

We are all preoccupied with the future, and yet our desire to influence it may have...

Positive Psychology is one of the fastest growing and most exciting disciplines within Psychology today. Its...

An exciting Not For Profit Initiative has launched in Yorkshire means that young entrepreneurs from disadvantaged...

The label Autism Spectrum Disorder is contradictory to strength-based approaches now becoming so widely adopted. Beyond...